Posted on February 3, 2022Categories Back Pain, McKenzie TherapyLeave a comment on 25 years after a funky dance move David needs chronic back pain treatment

There are often common themes when someone attends the clinic for chronic back pain treatment. In the case of David K of Bellevue Hill in Sydney, he ticked several of those boxes:

In brief David is in his late 40s with a wife and 3 children, has a sedentary job, practices yoga on a regular basis, plays golf every couple of weeks and quite possibly caused his original injury whilst throwing a funky, high impact dance move whilst in his early 20s. Since then he has been getting several episodes of low back pain per year to the point where he now has a painful episode about every 3 months.

Just from his history alone David was in the categories of both a ‘chronic’ and a ‘recurrent’ low back pain sufferer.

The big physical findings from the first assessment were:

Both of these findings are common with long term back problems as the spine tries to make adjustments around the unresolved, underlying problem, and in Davids case the extent of both of these issues suggested that they had been developing over many years.

The other significant finding came after I referred David for an x-ray. The x-ray showed an old anterior crush fracture of one of his vertebrae. This means that the front of one vertebra was permanently collapsed. This was certainly consistent with the high impact dance move from his early 20s that David described, and would also contribute significantly to his progressive loss of spinal flexibility and deteriorating posture. David was a clear candidate for chronic lower back pain treatment.

So what to do? Here we are 25+ years after the original injury and with a spine that was permanently injured, listing badly to one side and that was stiffening up with every passing day.

First David needed to be informed both about the underlying cause and also given some clear strategies that he could be doing to start reversing the chronic changes that were already in place.

Second we needed to see if the lateral shift in his spine was reversible. After 2 sessions of strong joint mobilization and with David instigating a regular self-mobilisation routine in between treatment sessions, the lateral shift remained unmoved. I was starting to think that the shift had become permanent. Then on the 3rd session we saw it move – and over the next few weeks it loosened up until David could correct the shift himself without my help.

This was a pivotal moment because it demonstrated clearly to David that:

The final point is crucial to a genuine long term ‘fix’ for chronic and recurrent back problems. In the past Davids only option when his back ‘went out’ was to visit a therapist (his Chiropractor or Osteopath) because he did not know how to apply a correction for himself. Now that he has experienced how to self-correct then that will be his first strategy should an episode of back pain re-occur.

It took 5 treatment sessions over a 6-week period to get to that point.

At the time of writing we are still working on Davids long term posture and flexibility, and as David is doing 90% of the work himself with a structured exercise program he is now only coming in for a treatment session once every 2 weeks. To date David has had 7 treatment sessions and my guesstimate is that we might need another 2 or 3.

The ultimate goals are:

And we have achieved this by addressing the 3 main failings of the prior treatments. Namely:-

Hopefully once we have completed his course of treatment the only time I see David again will be on the golf course. 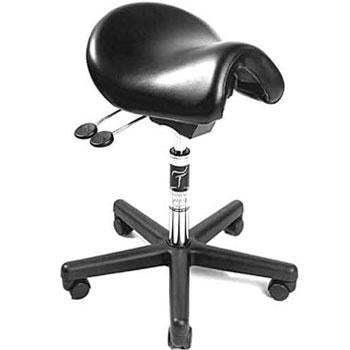 Posted on January 24, 2022February 3, 2022Categories Back Pain, McKenzie Therapy, Neck Pain, Telehealth, UncategorizedLeave a comment on Get back pain relief Sydney! Look at your chair

Get back pain relief Sydney! Look at your chair

As humans evolved we were primarily walking and running creatures. We didnt sit, we squatted. As such our spines are designed to be active and to move. Our spines certainly weren’t designed to be static for long periods and they really werent designed to sit much at all.

So it is no surprise that in the clinic we nearly always have to manage seating choices and sitting postures if we are going to have a successful outcome. This is particularly true in chronic back pain treatment.

And dont be fooled by the word ‘ergonomic’ when used to describe office chairs.

The final piece of advice is to be like our ancestors and move regularly. Even if you are at work in an office you can find lots of reasons to get up out of your seat on a regular basis. Going to the photocopier, walking to a colleagues desk instead of phoning them, be the coffee monitor and walk to the local cafe twice a day, walking at lunchtime, making and taking phone calls whilst strolling in the corridoor rather than sitting at your desk.

In the long run you are far better making some simple changes to your sitting habits than having to spend time and money seeing someone like me because you have developed a disc bulge in your low back.

Get back pain relief Sydney! – Look at your chair and your sitting habits. 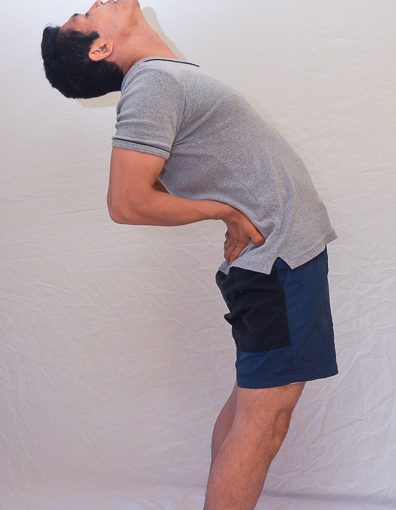 Posted on January 17, 2022February 3, 2022Categories Back Pain, McKenzie Therapy, Neck Pain, TelehealthLeave a comment on The Mckenzie method in complex back pain

The Mckenzie method in complex back pain

The broad philosophy underlying the McKenzie method is that the patient must be active in their own treatment and recovery. The therapists role is to correctly diagnose the problem, educate the patient on the underlying cause and teach the patient what they need to do themselves to self-manage and to self-treat. The therapist may well need to apply chronic lower back pain treatment but then, over time, the therapist gradually withdraws from having an active role in treatment.

A successful outcome from a McKenzie therapists view point is when the patient is so well informed about their problem that they can resolve their own problems both now and in the future.

The Mckenzie method works on a number of levels. As a method of assessment and treatment it has two important advantages. These are:-
1. It gives both your therapist and yourself a way of thinking about chronic lower back pain treatment that is very practical and which simplifies the decision making process.
2. It allows you, the patient, to have a very active role in your own healing. Once you know what to do you can carry out a lot of the treatment yourself. This reduces the amount of time and money that you need to spend with the therapist.

During the McKenzie assessment the therapist is looking at very specific movements, repeated movements and positions of your spine. By taking note of how your symptoms behave during this assessment process your therapist will be able to allocate your condition into one of 4 syndromes. This process is crucial to successful treatment as each syndrome requires a different treatment approach.

It is vital that the therapist allocates sufficient time in the first two or three sessions to ensure that the assessment process doesnt cut any corners and doesnt miss any important information. In the case of chronic, complex or recurrent back pain at least 1-hour of one-on-one time should be allocated for the first few appointments.

Once the therapist is confident which syndrome is underlying your particular problem they can explain to you what is causing your problem and also exactly what you can do to help resolve it yourself.

You then need to be an active part in your recovery. In other words you need to be prepared to do exactly as instructed. This is particularly important in cases of recurrent or complex lower back pain or in chronic back pain treatment.